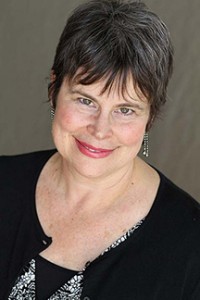 Dwelling within a world of musical sound, the work of Beryl Lee Heuermann invites the listener to journey beneath the surface, into a place of dynamic possibility. Underlying Lee’s artistic endeavors is exploring the myriad of ways in which the world is connected.

As a composer/singer-actor, pianist, flutist, and teacher of experimental and improvisational music, Lee moves fluidly between jazz, classical, and world musics and loves the intersection and flow between being a composer and performer and collaborating with artists of all genres, including poets, actors, dancer/choreographers, and visual artists.

Lee is especially involved in sound/music in relation to nature and contemplative practices, healing, and researching women composers and bringing their works to light.

Some of the musical traditions that have especially informed her work are the vocal hocketing tradition of African forest communities, waterfall and bird sounds of the Kaluli of Papua New Guinea, Buddhist overtone chanting, the vocal music of Northern India, the music of Brazil, and ongoing research of the nature of vocal timbre cross-culturally.

Lee’s most recent works and works in progress include:

Being Peace and the Power of the Voice –

this talk explores ways the voice has been used as an instrument of peace in bringing about non-violent change in the world, highlighting the work of Hildegard von Bingen (German – 12th Century), Yeshe Tsogyal (Tibetan – 8th Century), Ani Choying Drolma (Nepalese – contemporary) and singers of the Civil Rights Movement (United States – contemporary).

Lee is now composing a tryptich for this project:

(2 completed and the third in process)

Lee was a featured speaker at the 3rd Annual International Conference of Young Buddhists and Scientists in Hong Kong (July, 2013);

focuses on cultures whose sound-making is informed by their natural environment and teaches students how to develop a contemplative practice in relation to listening and music-making.

composed and performed in The Montana Suite Project: 100 Miles from Forsyth – in collaboration with Headwaters Dance Company and New York choreographer, Donna Uchizono (2009)

was the recipient of a National Endowment for the Arts/Interarts Rockefeller Foundation Fellowship for her performance art piece, Wearing Water/Eating Cement – Icons to Kiss, with visual artist, Elizabeth Lide.